Our patients, athletes & ambassadors are at the heart of everything we do. Share your piece of the puzzle by using the hashtags:

2020 gOkids are extremely grateful for our van spo

It probably comes as no surprise at this point tha

We hope everyone is well and staying healthy. Gett

Someone is ready for spring.. #justsaying #goride

It’s almost March.. got #mountainbiking on your

Tomorrow is Giving Tuesday! What a perfect time of

Your Board of Directors

Meet the folks who carefully craft the gO Initiative.

Sarah moved to the Gunnison valley in 1999 and since then hasn’t had a chance to even think about living anywhere else. In 2012 she joined gO (previously Griggs) Orthopedics and helped create and develop the performance side of the orthopedic practice which included development programs, camps, professional teams and races. Thus the gO Initiative was born in 2017 after realizing the need for supporting and promoting a healthy lifestyle in the Gunnison valley, particularly among girls and kids.

Sarah particularly enjoys serving the valley communities and being a representative for all things gO. There’s not a day that goes by where Sarah isn’t appreciative of the outdoor recreation that the Gunnison valley provides—to be able to instill a sense of appreciation and importance of health to the next generation as well as today’s generation consumes her thoughts on a daily basis. Sarah is President of the gO Initiative and active member of the Gunnison/Crested Butte communities. She loves to take advantage of any free time away from the office to ride, run or ski with her friends, or chase her son Henry doing the same. 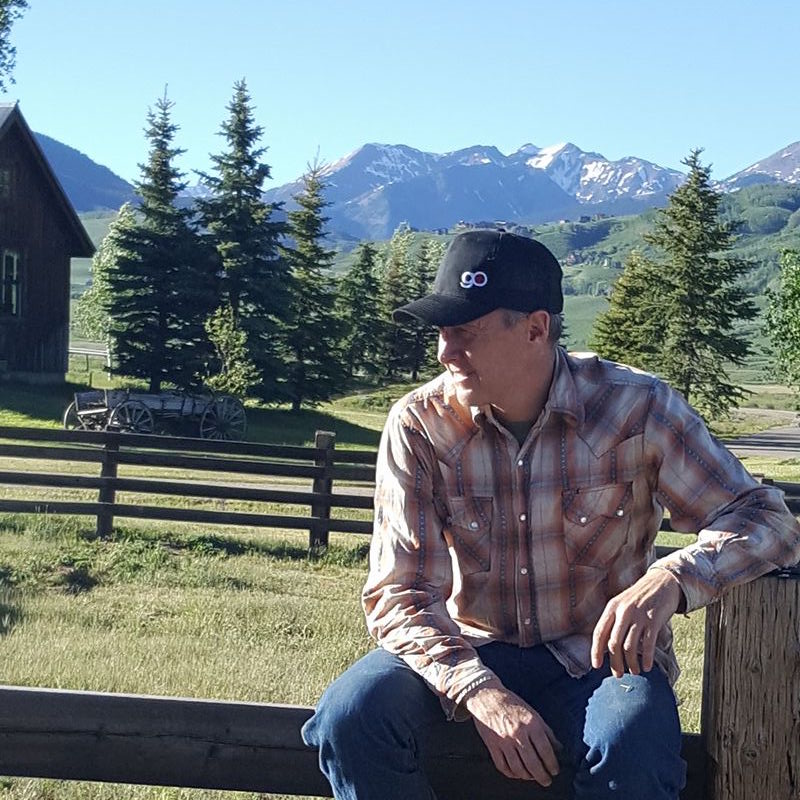 Dr. Griggs started Griggs Orthopedics in 2012, with a big vision that included a performance side to his orthopedic practice. Inspired by his desire to provide the Crested Butte and Gunnison communities with more than a medical practice, the performance elements included mountain biking, skiing and running camps, programs and races/challenges. After five years of supporting and executing these, he helped form the gO Initiative which now houses all of these programs.

Dr. Griggs brings the most inspiration to the gO Initiative with his continual fashion-forward thinking. Also one of the best upper extremity surgeons in the nation, his constant motivation and thoughts are what keeps the organization (and his practice) ahead of the curve. He is and always will be the biggest supporter of all things gO. When not in the office, clinic or at the hospital he can be found riding his bikes or horses, skiing uphill or downhill, and hanging out with his wife and girls. For more information about Dr. Griggs’ extensive training and specialties click here. 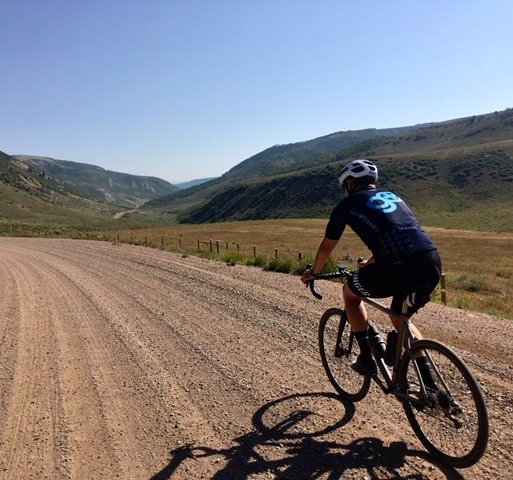 Originally from Minnesota – he attended The University of Iowa and upon graduation headed right for Colorado.  He has been a permanent resident of Steamboat since 1998 and enjoys all the activities we all do in the mountains.  Cycling is his biggest passion with skiing right behind that.  He also enjoys spending as much time as possible adventuring with his wife Julie and their chocolate lab Biscuit.  When they are not in Colorado chances are you can find them at the family ranch in Wyoming.  Jon believes in giving back and helping others reach goals they thought were not quite possible.  He and Julie are also the Race Directors for The Bear Endurance Cycling Series in Steamboat and do their best to encourage other cyclist to gO further. 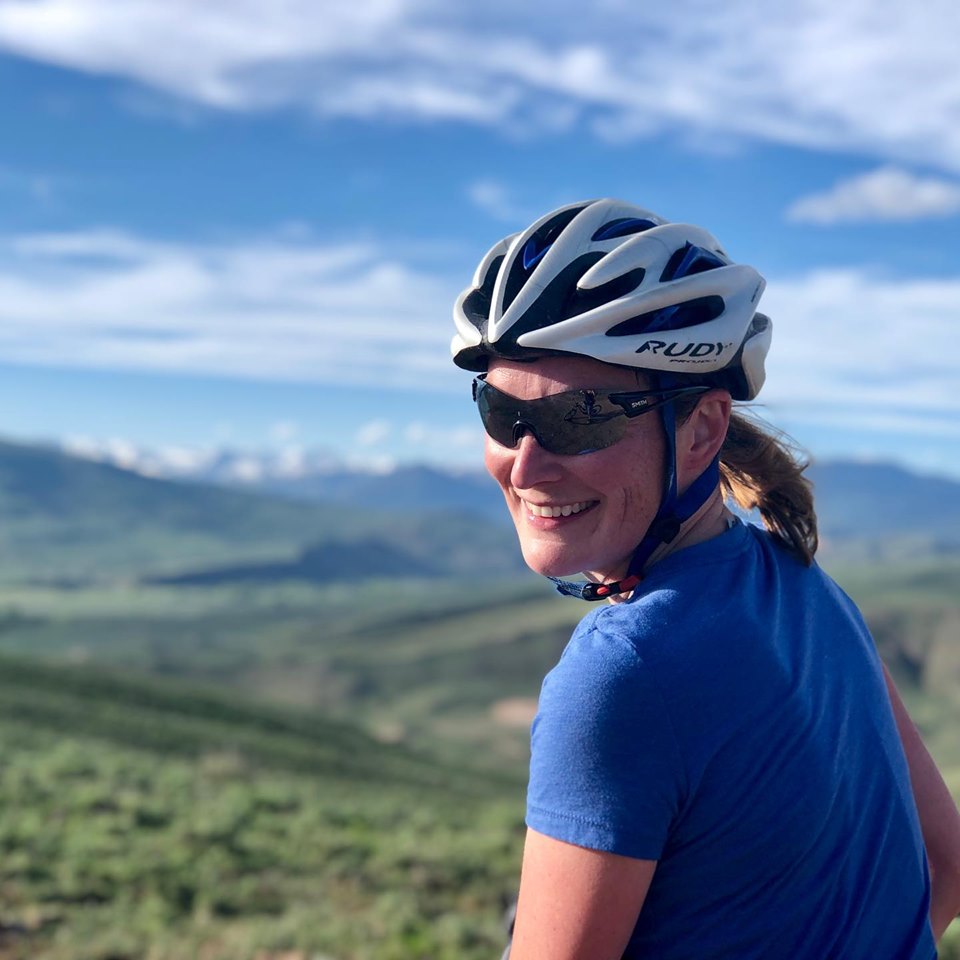 Having previously lived all over the state of Colorado, Jennifer settled on Gunnison for its vast outdoor opportunities. She is raising her adventurous daughter among these hills and couldn’t think of a better place to call home. She integrates her personal philosophy of being healthy in body & mind by working along side Gunnison Trails in a Creative & Management role, sitting on the Gunnison Parks & Recreation Advisory Board, as well as the gO Initiative Board. In her day job, she helps others achieve success, as she is a local business owner of Swifthaus Design digital creative services.

Her mission is to continue to make Gunnison a rich environment. A healthy life, physically and mentally, is a life worth living. She believes she struck gold upon moving to the Gunnison Valley. You can find her on the trails (between work projects of course!) on one of her many bikes, skis, or random outdoor equipment. 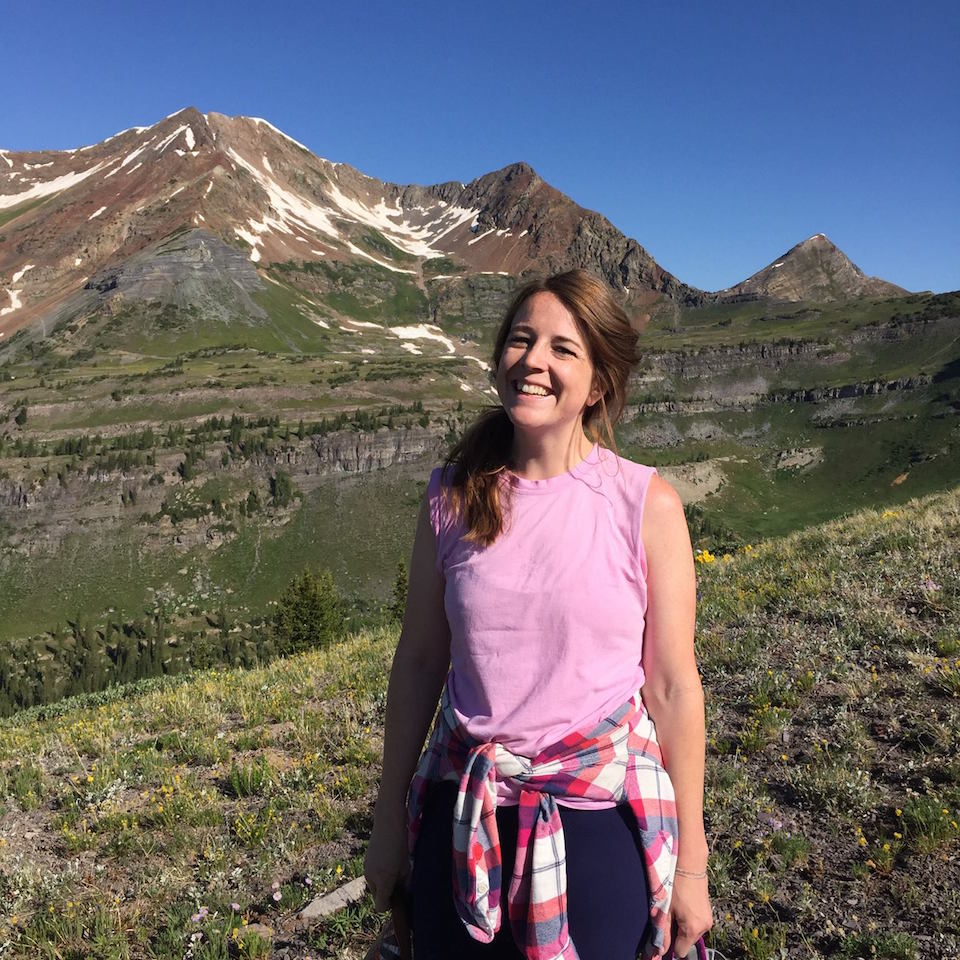 Board Member
Originally from Chicago, Erin spent 11 years as a full-time resident in the Gunnison Valley. After completing her degree in music, she started working for the Crested Butte Music Festival in 2013. She helped manage event operations, directed communications and marketing, then became the head of Development and was responsible for grant writing, fundraising, corporate gifts, and community outreach. In 2018, she took a position as Acting Director with the Polyphony Foundation, a non-profit organization that uses music to bridge the divide between Arab and Jewish youth in Israel.
Erin’s work in the non-profit sector and board participation reflect her core values of meeting others where they are and helping them along the way. gO has a special significance to Erin as she started running in 2015 as a way to manage a chronic illness. She has since found its effects to be overwhelmingly positive. This year, she’s completed two half-marathons and is looking forward to finishing her first.
Erin relocated to Chicago in July of 2018 to be closer to her family and enjoy the rich oxygen levels found only at low altitudes. When she isn’t traveling or running, Erin spends time in Crested Butte and enjoys hiking, skiing, and photographing (especially in the early morning hours).